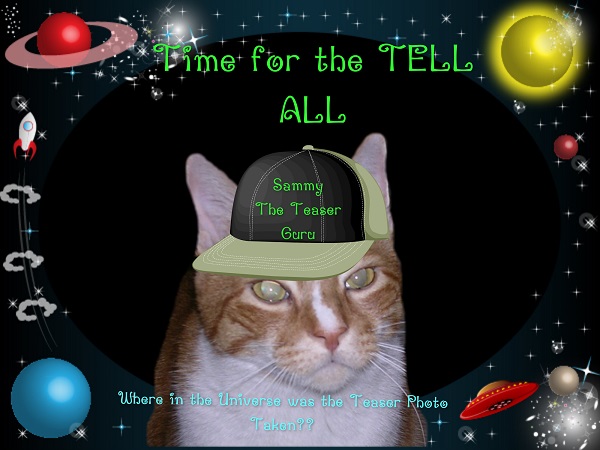 Seems that my promise to make it an easier Teaser for you helped SOME OF YOU but not ALL OF YOU……………….however I will say that a LOT of you got it right.   BUTTTTT, first things first!

Thanks to a WordPress “hiccup” things were screwy when we went live yesterday and so we have kind of fixed that by having a THREE WAY TIE for FIRST COMMENTER!    Yep – another one of those multi-winning badges again this week……………WHO???     Miss Annie of Animal Couriers, Miss Jan from WagandWoofPets, and my buddy and pal Flynn from TwoDevonCats!    You ALL get one of these little beauties:

Those of you who inspected and analyzed the photo yesterday saw the palm tree so knew it was somewhere WARM………………and that’s because our Guest Teaser was visiting somewhere warm when she snapped the photo……………we give our thanks to our Guest Teaser Miss Jean from CanadianCats for this beauty of a photo which she snapped in KEY WEST, FLORIDA!!!!    A place called the Truman Annex – an interesting spot indeed.

And here’s the entrance to this lovely area (another photo she sent in!):

This badge is yours Miss Jean – thanks for a totally cool photo – we fooled SOME PEOPLE but a lot guessed it this week!

There were a whole lot of others who guessed Key West – each of you who did gets this: 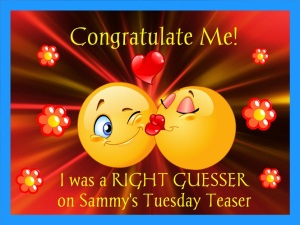 AND………..some of you just didn’t figure it out so you get another GREENIE (lucky you!): 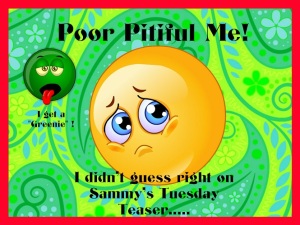 Who knows what I’ll find to show you at next week’s Tuesday Geography class…………………could be anywhere in the world!    ANYWHERE!    Congratulations all winners and good luck next week to all losers………….!

I’ll be waiting for you in class next Tuesday! 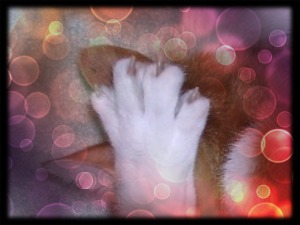 WAIT – I said TUESDAY not TOESDAY! 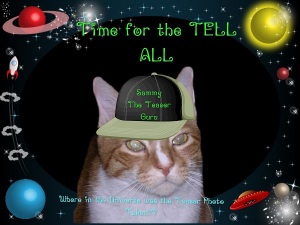 What a Teaser That Was!

Seems like everyone just about knew this one – AND those of you who noticed, YES we’ve had this location before although it wasn’t this photo and it was from a different Guest!    You all are SMARTY PANTS but only ONE was First Right Guesser of course!

This beautiful photograph was sent in by our Guest Teaser this week, Shoko and Kali from The Canadian Cats and their Mom Miss Jean!    This is the HEMINGWAY HOUSE in Key West, Florida just as many of you knew it was!    Thank you for being my GUEST TEASER this week – and please accept my thanks in a form of this badge! 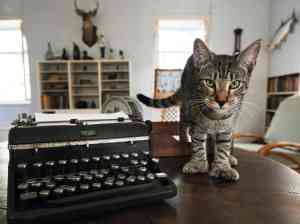 I think this guy wants to use Hemingway’s old typewriter!

The photo above was one of the ones we used the last time we had Hemingway House on our Teaser – this dude has lots of extra toes (like I do) since as you all know, Hemingway had MANY polydactyl kitties and the ones who populate the grounds of his home these days are descendants of the “originals”………this guy might be wanting to write his OWN book – maybe about all the visitors who come to see him and his friends down in Key West?

Who was my FIRST COMMENTER yesterday?    We had Oliver and Calvin who logged their “hello” in at the same time as EASY my Weim friend!    In the same minute so they BOTH get this: 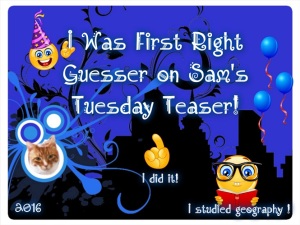 A whole lot of you knew this was Hemingway’s House though so EACH and every one of you gets a PINKIE for your efforts – that’s a lot of pink to spread around!!!! 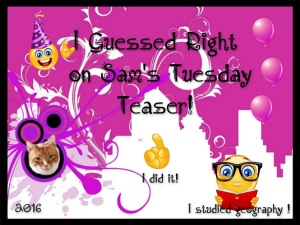 Did you NOT know it was Key West?   Were you left out in the cold?   Guess wrong?  Didn’t know at all?    You get a GREENIE anyway! 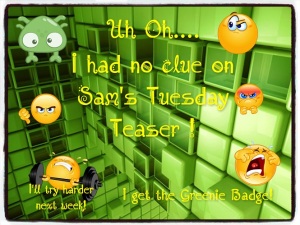 Next week who knows what we’ll have for you – might be easy, might be tough but whatever it is, it will be FUN!    Don’t forget to be here – Suzie will be back and she will no doubt surprise us with a cheer that only SuzieQ could come up with!!!!!!!    We hope Rehab has toned things down……………just a bit……………….! 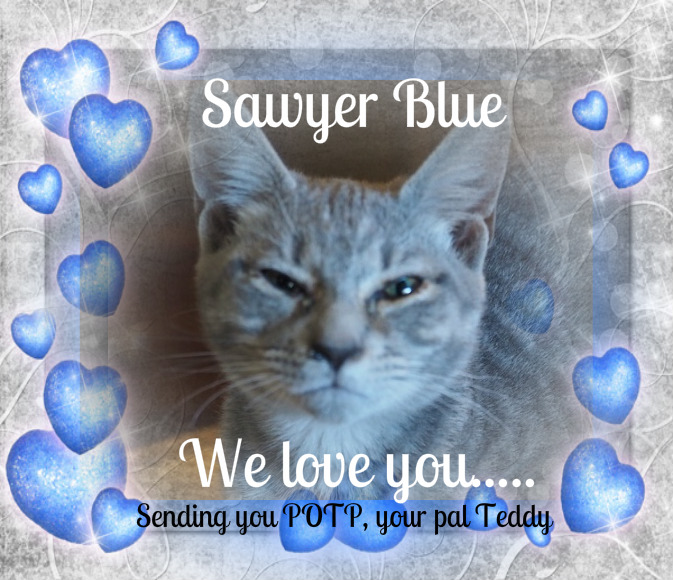 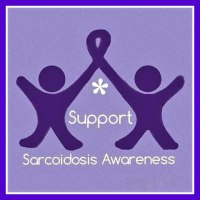