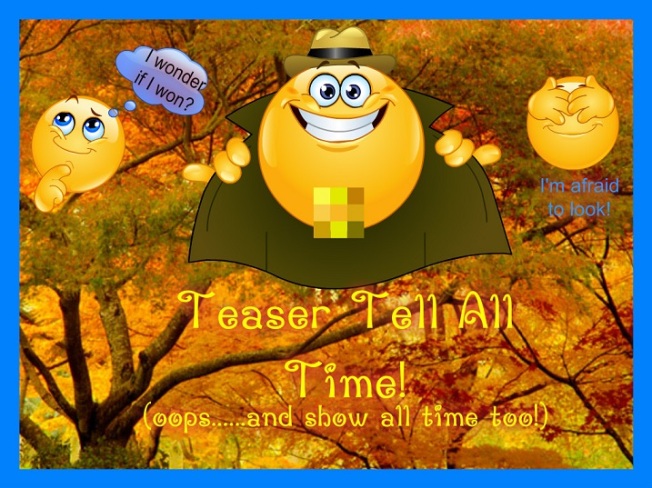 Hello Teaser fans……………………..using an older graphic for fun this morning for the Tell All………………..yesterday’s Teaser was a goodie wasn’t it?    There were a LOT of guesses – a LOT – but only one of them was the FIRST RIGHT GUESSER and we’ll tell you WHO in a few minutes. 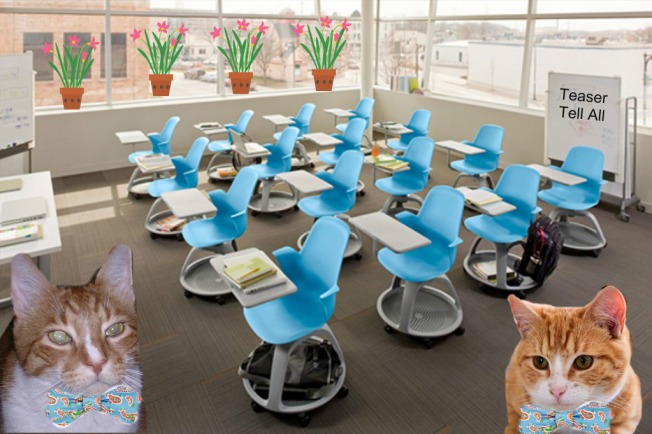 FIRST UP though is the FIRST COMMENTER! 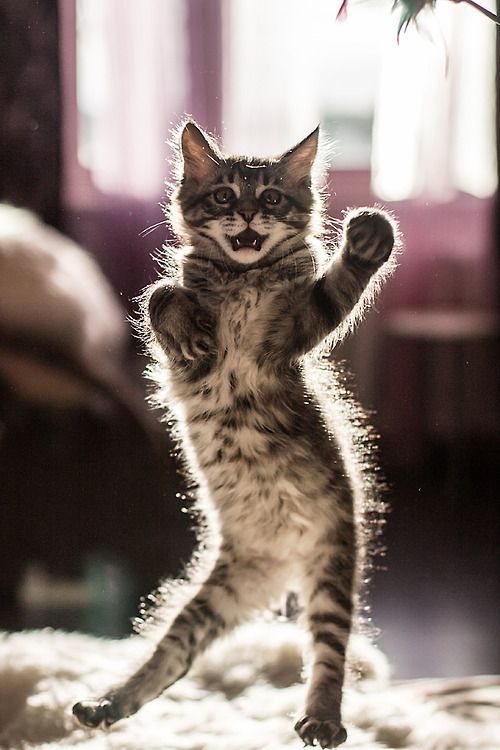 Oh I’m dancing because I was super early to class yesterday and commented – was it ME ME ME ? 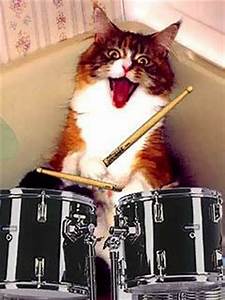 Here’s your reward for being an early bird: 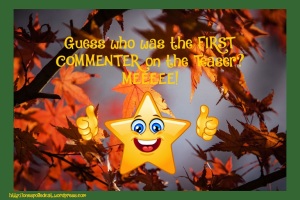 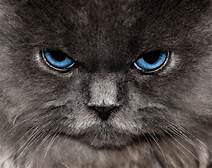 DARN – that’s what I get for sleeping in yesterday!

Then we waited and waited – so many GREAT guesses were coming in – we had some that were VERY CLOSE, but in the end there was one that got the right city and so our FIRST RIGHT GUESSER was……………………. 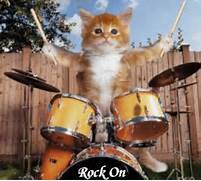 Miss Janet of The Cat on My Head ! 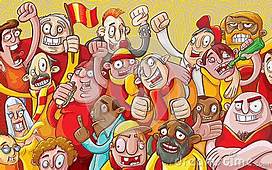 This badge is for you Miss Janet…………….concatulations: 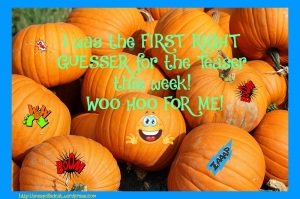 I was the FIRST RIGHT GUESSER on the tough Teaser post of November 12, 2019! WOOT!

It was a very tough Teaser we thought…………..and who was the person who sent us the fabulous photo???????? 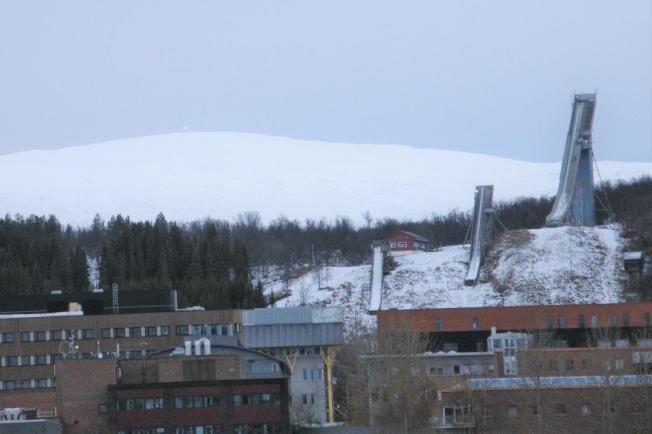 Our GUEST TEASER was from Jackie of Two Devon Cats and this is a photo of ski jumps in Tromso, Norway.   We know it looks like the ski jumps are such that if you went down them you’d land on a roof but it’s of course an optical illusion – we are looking WAY beyond those buildings to the ski slopes!   This really was difficult to figure out !!   Thank you Miss Jackie for the photo……… 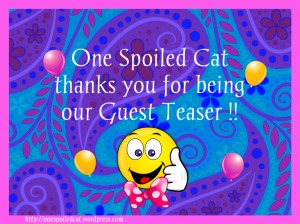 My fabulous photo was featured on the Tuesday Teaser of November 12, 2019!

Did you also guess correctly?   As of when Mom and I worked on this post, only Miss Janet had guessed right but if you guessed right too – please take one of these badges for yourself! 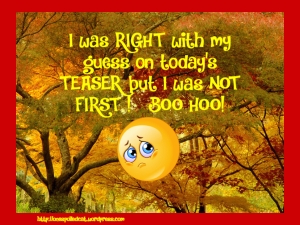 If you were way off base or couldn’t figure it out PERIOD, you still get a GREENIE………….a special FALL one too! 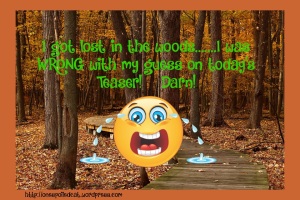 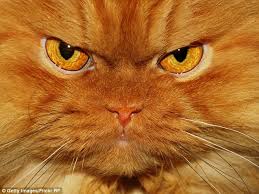 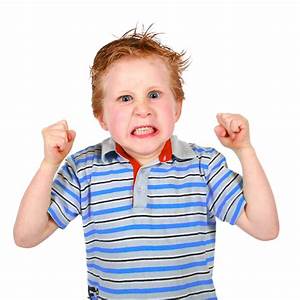 Let’s see what the Cheer Team has to say about the results of this week’s Teaser! 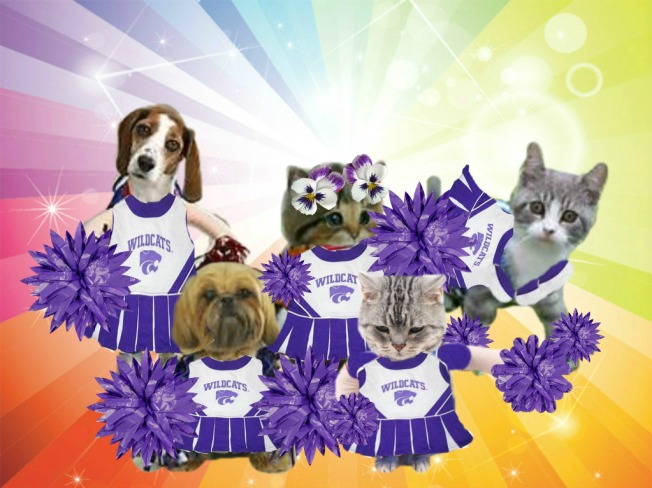 Here we are all cute and fluffy
Having hot flashes or is it just stuffy?
Winners we had them though it was touch and go
Then Janet of Cat on my Head stole the show!
She was FIRST RIGHT GUESSER and got it right
As for FIRST COMMENTER we had a crowd in sight!
But Sharon of Friends Furever pushed to the front of the line
She got the badge for commenting and now she feels fine!
This was a tough Teaser so you all did well
Now let’s hope there’s yummy food at lunch so we’ll all feel swell!

Well Sarge nice to see you – I didn’t hear the sound of ripping gym pants so I guess you went with SPANDEX??

Let’s all head off to lunch shall we?    Class, remember if you have a photo of a place you think might fool your classmates, send it to us at junekimm(at)aol.com and we just might use it one of these Tuesdays! 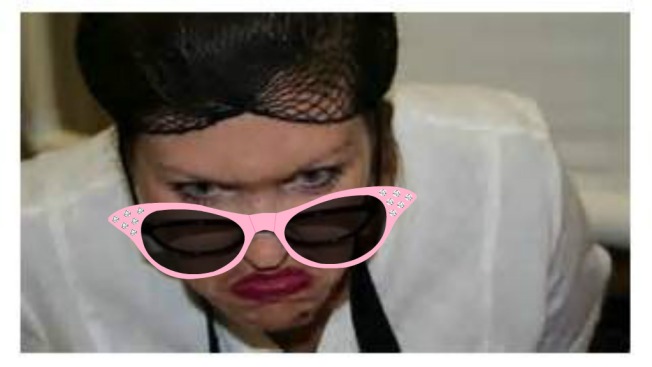 Time for a hearty lunch students…..then on the bus you go and home again until next Monday when you will be back in school again……………..so eat up and remember, in a few weeks we’ll be having a special THANKSGIVING feast!

What’s On The Menu?? 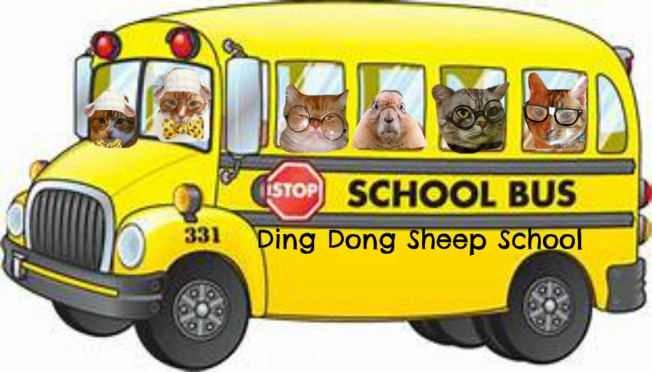 Time to head home students……………….have a good week – see you next Monday! 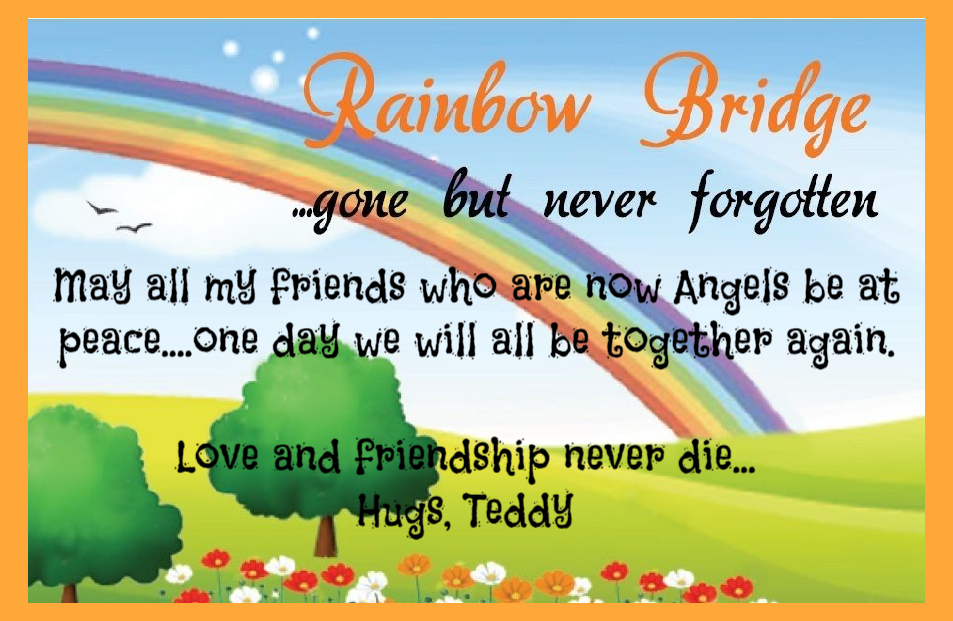 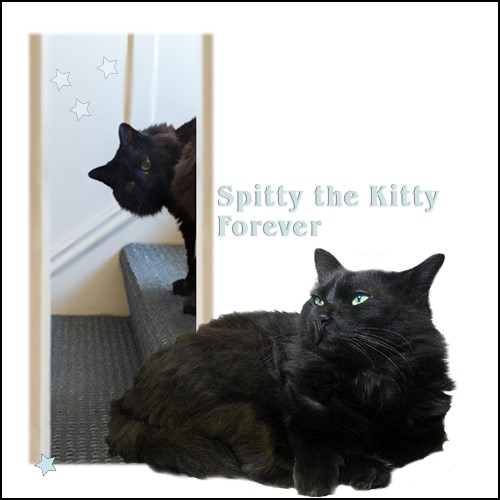